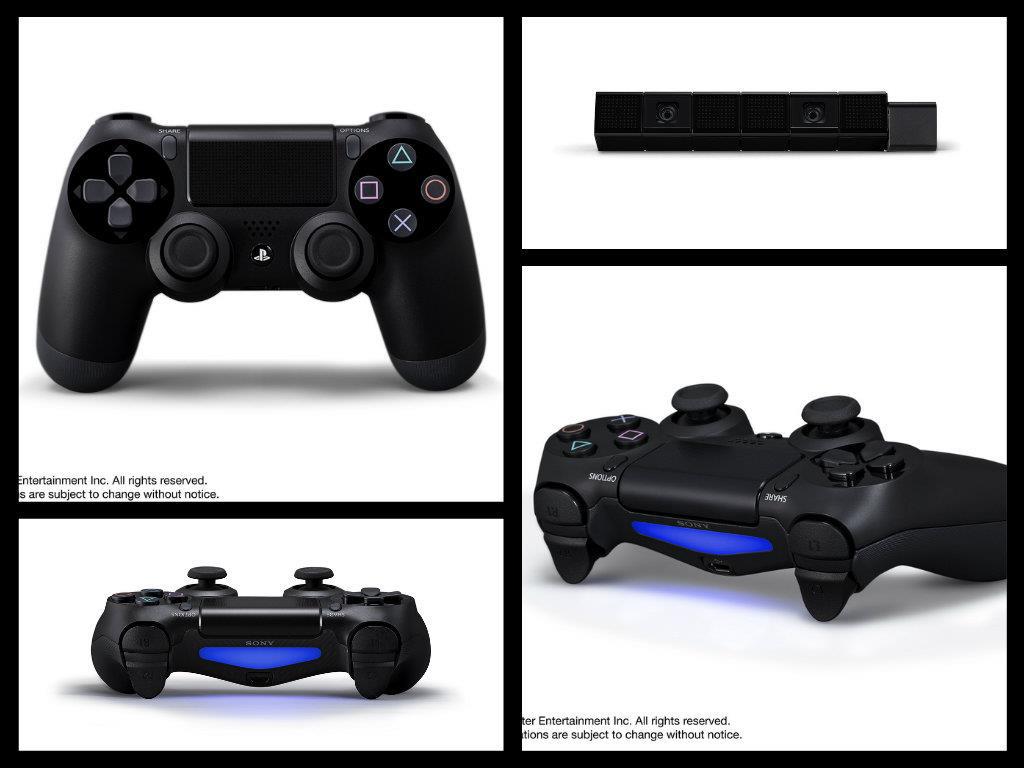 1. — „My impression of the hardware was, simply put, „chock-full.“ It has power, memory, a camera – it’s the ultimate form of a game machine that can do anything. If I were to say anything negative, it would be that it was very hard to tell what made it unique.“

2. — „How few limitations there were. As a developer, the fewer limitations a console, the easier it is to develop for, so that helps a lot. On the other hand, without limitations, it may be harder to create a ’selling point.'“

3. — „Since I don’t think we can win in a battle of high quality graphics, I’d like a game that creatively uses the network functions and isn’t too heavy or long. My desire to make a game that can sell on its ideas and entertainment was reinvigorated.“

1. — „I got the impression that the competitive field for consoles is moving from basic performance specs to peripheral services.“

2. — „I’m not that interested in hardware specs like graphic processing. Of course, I thought [the PS4’s specs] were quite impressive, but you can’t win in a competition against PC gaming specs that are constantly evolving. I felt a great deal of potential in the peripheral stage that has been set to make use of new content. I’m also very interested in seeing what sort of reference content SCE will be bringing out so that the vision they have for the hardware is not diluted.“

3. — „If we can fully exploit the peripheral services, we may be able to deliver a different ‚virtual world‘ from the previous consoles. I’d like to try that approach.“

1. — „I was actually at the PlayStation Meeting 2013 where they announced it. When the PS4 logo appeared, I had the standard ‚Yes! At last it’s officially been announced!‘ sort of response, as well as wondering what sort of games would come out. As a user, I was very excited.“

2. — „The high quality graphics and the processing power are obviously very promising, but I was also interested in how the PS4 would integrate social aspects and link with mobile platforms. The announced titles seem to take good advantage of the PS4’s functions and specs and show a lot of different potential directions to take. I think we’ll see a wider variety of titles than we did with the PS3.“

3. — „The PS4’s social connectivity functions will allow for many users to share their gameplay. The question is how to integrate this showing and viewing of gameplay within the game. How will users play with this function? Like a video arcade? Like YouTube? There are a lot of potential ideas. I think this will change the game experience a great deal. It’s going to make figuring out what sort of services creators should offer users more challenging. I’d like to create something that will offer a new gaming experience.“

1. — „I was surprised that the PlayStation, which has always maintained a sharp image, was taking a cost-performance-focused strategy. This made me both happy and sad.“

2. — „I have high expectations for their strong appeal as ‚hardware that’s easy to develop for.‘ I’d like to know how the Share button is going to change game promotion and gameplay. I’m very interested.“

3. — „Could the Share button change the way adventure games are played? It’s easy to imagine its use for games with strong contingent game design like action games and stealth games, but with adventure games, that focus on showing a story, it feels like it would lead to story spoilers or making players feel like they’ve played the game just by watching. Still, there must be stories that can be expanded because they can be shared. Like a group piece where different protagonists are connected with the Share button and change the fate of the world… I’d like to try to make such a game scenario.“

1. — „My initial impressions of the PS4 were that it is a ‚true network game machine.‘

2. — „The focus on sharing experiences. I was also intrigued by the ability to use the PS Vita, smart phones, or tablets as a second screen.“

3. — „Normally, in order to talk about games with friends or family, you need them nearby. I believe users will be able to have meaningful communication with other users through the network, even from their own homes. I’d like to make a game that would make user participation in multi-player more fun, even if it’s not in realtime.“

1. — „I felt the same thing with the PS Vita, but it’s a piece of hardware that goes well with the adjective, ‚Spartan.‘ The fat has been trimmed off as much as possible, and what’s truly important has been compressed with no excess or deficiency.“

2. — „Many users feel that FPS or RTS games should be played with a mouse. I felt the high universality of the DualShock 4 will be able to improve such standards of game control. I’m also interested in the increased network compatibility, especially the application of cloud technology and the coordination with mobile platforms, as well as the evolution of game and visual experiences of course.“

3. — „It’s a staple, but I’d like to make an adventure epic in a vast imaginary world. User communication is becoming a standard feature, but I’d like to have people having fun sharing their experiences of what they felt or saw rather than just items or parameters. That, or something you can clear in a few hours, like a first person supernatural nightmare experience.“

1. — „The architecture was simpler than I thought it’d be. It seemed like the hardware specs are evolving as expected, with expansion beyond the hardware itself in mind.“

2. — „The PlayStation App and the Share button. With the increased processing power, more realtime processing is possible and character AI can be more complex. Games will be about individual players enjoying different experiences each time they play. The ability to easily share each experience through video or gameplay anywhere was incredibly innovative.“

3. — „Looking at the specs alone, where we used to show particle movements and flow for things like smoke, dust, and water currents by arranging patterns, we’ll be able to have them processed in realtime. This will obviously help with visual effects, but can also be used to create new gameplay elements, like how we used the free slicing in Metal Gear Rising as a core gameplay element. I’d also like to focus on services that would emerge from the ability to connect from different platforms, anytime and anywhere.“

Follow us for gaming news, videos and reviews. You can also find us on YouTube,Twitch, Facebook and our Homepage: #cerealkillerzat

The last "big" PS4 exclusive is nearly here. Our j

Our journey through #thelastofus2 starts today. If